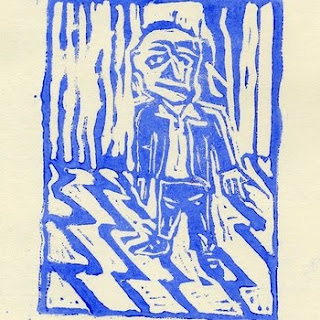 Bird Calls are about to gear up for a tour of the Eastern coast of the United States, so I figured now was as good a time as any to review their demo. They've had some other releases come out since then, but I figured I would start at the beginning here.

What this band does is pretty interesting in terms of sound. We're getting a mostly upbeat melodic sound that has some very small elements of a Dischord Records sound to it, similar to Rites of Spring. The vocals carry a grit to them that's not exactly on key, but has it's own sense to it that has the ability to create some catchy melodies, similar to The Pixies or The Great Unraveling at times.

Musically this band keeps things pretty creative. The tempo changes and textured chord work on the guitar are constantly moving. The tones are pretty spot on here along with a good, but raw, production mix.