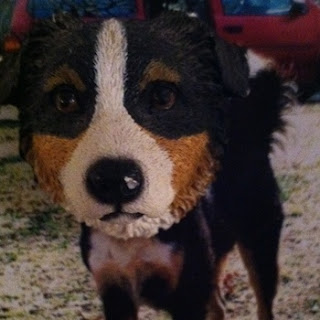 Late Bloomer is from North Carolina and describe themselves as "2 guys that love 80s/90s indie rock, punk, and grunge and 1 guy that is old enough to have lived through it. Using the old guy as our guide we seek to create original tunes that could have fit nicely in 1993."

I could sort of see the 90's alternative rock influence here as Late Bloomer seems to lean heavy on a upbeat melodic soundscape that carries an off key, droney vocal to keep it from getting too poppy. The melodic guitar work here keeps things interesting with it's airy sound and hanging notes. One could definitely wish for better recording quality here though, as some of the clarity and dynamics are not translated as well as they could be.

Songs like "Disappear" and "Brother" introduce us to the band and help us get acquainted to their mid gain, upbeat sound. There's some interesting vocal melodies here if you're into that effect laden, dual track vocal sound. "Man In Your Head" breaks the upbeat formula to introduce a waltz tempo, mostly headed by a walking bass line. The steady guitar over moving bass that begins around 2:40 is pretty excellent and creates a wonderful dramatic effect, making me wish they would have taken it further into an all out jam. The band closes up shop with "Reality" that brings us back to the upbeat neighborhood, however leaning more on lower gain guitar strumming here. It's well executed and pretty much sold me on this band. Good stuff.